Nicknamed ‘Billy McGill’ back when he played football, Murray is a stroke survivor kickstarting his journey to improved balance and strength through physiotherapy.

Murray had a stroke in 2013 that resulted in hemiparesis or weakness of the left side of his body, which affected his day to day activities. This also affected his balance and led to some falls and near misses. He wanted to improve his strength and balance so he can take part in activities that are meaningful to him, such as go to the local café, move safely around the community and even play more footy!

He has been receiving physiotherapy from Better Rehab since 2019 and Murray has been making great strides.

Here’s what our Physiotherapist Adi has to say about Murray’s incredible progress:

“I’ve been working with Murray for the past 2 months and I’ve noticed big improvements in his standing and dynamic balance, strength of his arms and legs, and coordination. This means he’s a lot more steady on his feet. If I were to pick his biggest improvement, it would be his balance and coordination, so much so that he can kick a footy quite well and this is a massive win considering how long it’s been since he last kicked a footy.” 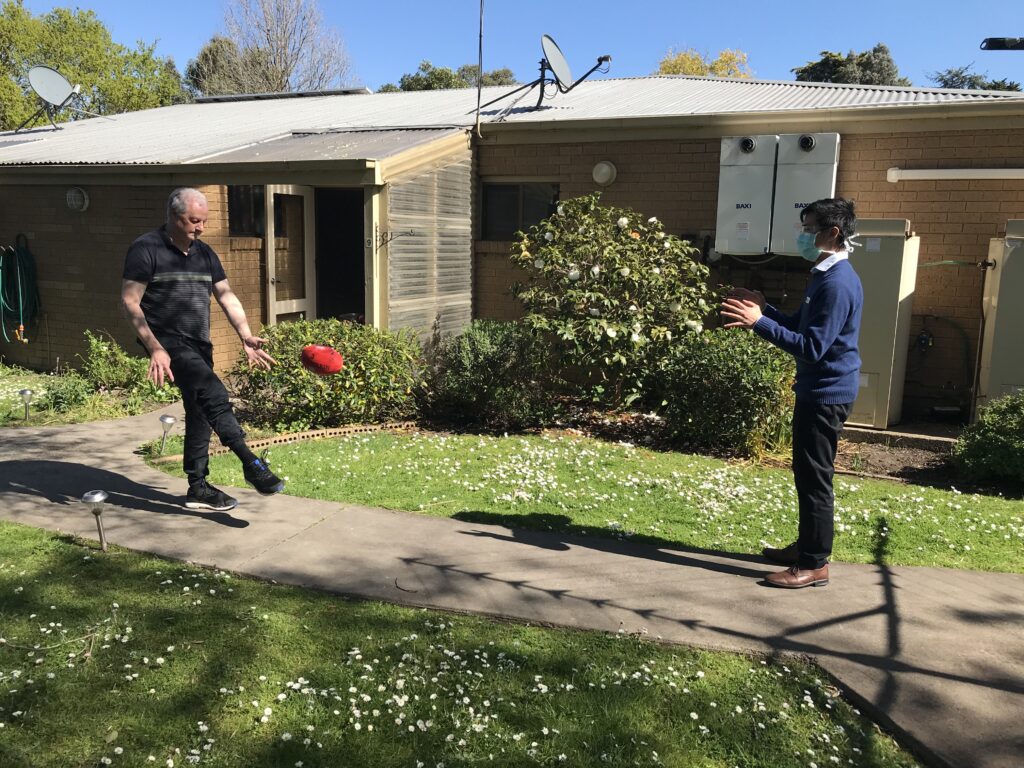 Murray’s main therapy goal would be to improve his balance, strength and his kicking to be able to kick a footy at least 10 metres. We at Better Rehab are cheering you on, Billy McGill!

If you would like to book an appointment with Adi or another Physiotherapist from Better Rehab, please call our friendly Admin team at 1300 0 REHAB (1300 073 422).

For Ned, his modified bathroom means independence and safety.

Adrian enhances his confidence in cooking

Look at this delicious salmon and vegetable dish prepared by Adrian!

Michelle bonds with family with her new device

Michelle finally finds a suitable device to help her speak to the people she loves!